Angular 8 is an upcoming upgrade of Google’s popular framework Angular. It is used for developing mobile, web, and desktop applications. Angular 8 has reached the release candidate stage and its final release is anticipated to be soon.

Let’s have a look at the new features and updates of Angular 8. 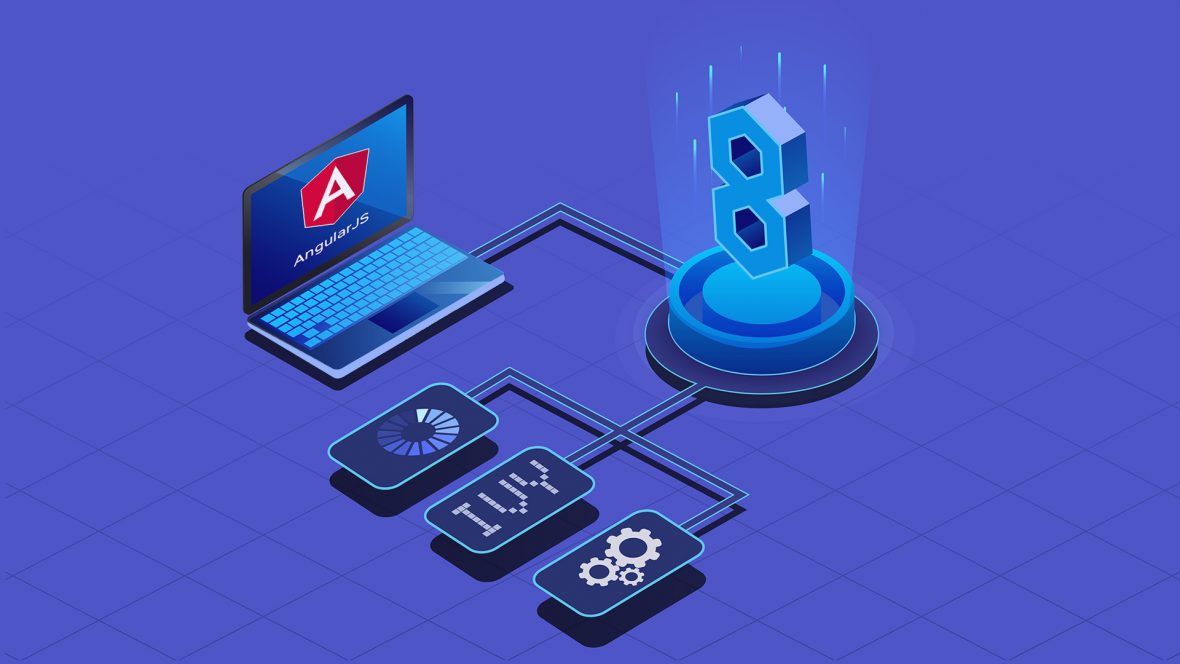 1. Angular Ivy as an opt-in preview

The Angular team is introducing Angular Ivy as an opt-in preview in Angular 8. With this, you can:

What is Angular Ivy?

Angular Ivy is a new view engine of Angular 8. In general, Angular view engine translates templates and components into regular HTML and JavaScript so that browser can understand, interpret and display.

But there are some areas where Ivy is lacking. Some drawbacks:

In the coming year, a full rollout of Ivy is planned for Angular 9.

Command Line Interface (CLI) will now produce separate bundles for modern JavaScript (ES2015+) and legacy JavaScript (ES5). Advanced modern browsers with ES2015+ support will be able to download more productive app bundles. It removes the overhead of browser compatibility. It also improves the page loading time and reduces the amount of time it takes for the page content to become interactive for users.

To better understand developers’ needs in using Angular applications, the Angular team is adding opt-in telemetry to Angular CLI. Opt-in usage sharing will collect usage details like build speed and commands used. The idea of introducing this opt-in is to get more information about how developers use Angular. This will help the Angular team to make better Angular development tools.

Senior Angular Developer at a Digital Identity startup
AngularJS, ReactJS
6+ months
Work on building an identity management platform. Work on multiple frontend modules for the team's KYB and KYC platforms.
Frontend Angular Developer job at a Cloud Telephony startup
Angular 2+, ReactJS
6+ months
Work on building an app for sales professionals as a front-end Angular developer and ramp up the pace of work.

Other new capabilities planned for Angular 8

With CLI usage and a module bundler tool such as webpack-plugins, excessive log messages will be filtered. It will make logging more configurable.

An updated “template-var-assignment” feature will review the template files and notify you if any template variable is not assigned a value. It will speed up the front-end development process, as you need not check all variables in the template files.

The backward compatibility feature in Angular router will help you to easily upgrade larger Angular projects. You can smoothly migrate your old Angular web apps to modern Angular.

To move to a newer version of Angular-

By allowing lazy loading technique of AngularJS apps using $route APIs, you can make the transition from older Angular apps to new Angular.

To upgrade the application’s efficiency and modularity, the Angular team is updating Angular dependencies on tools like Typescript, RxJs, and Node. This will make your apps flexible, robust, testable and maintainable.

Bazel is a free software tool that you can use to build and test code quickly. In previous versions of Angular, code with large modules had memory issues and this resulted in process failure. To address this issue, the Angular team has increased the node memory limit for ng-module.

To know about ng-module, read the following:

In Angular 8, you will see an improved performance of smaller images that use pngcrush. It is a free and open-source command-line utility that reduces the size of PNG files without losing its quality.

Also, check out our Javascript tutorial series where we explain the code and concept behind common use cases.