This blog serves as a starting point for developers who have been practising imperative programming and are looking forward to jump into the Functional & Reactive programming world. It also exposes them to the power of combining both the approaches i.e. Functional Reactive Programming (FRP). The article should be good for beginners to kick-start with FRP while for experienced developers, there might be a few techniques you might not have applied so far. So, hop on to explore the FRP world.

Note that we will be using Swift language for our programs/ examples throughout the blog.

What is Functional Reactive Programming?

You will find it beneficial to go through our previous blog on Functional Programming first, as we are going to apply the concepts learnt there in our examples here. It is critical to understand functional programming concepts to follow along with this blog’s content and examples.

This covers the Functional programming part, so let’s cover the Reactive Programming now.

What is Reactive Programming?

A generic definition of Reactive Programming goes like this:

The definition could be further shortened simply like this:

So, streams play a major role in the reactive programming world. Let’s then see what a stream is.

What is a Stream?

A stream is a sequence of ongoing events ordered in time. It can emit three different things: a value (of some type), an error, or a “completed” signal (which we will see in a bit). Consider the “completed” event that takes place, for instance, when the current window or view/ screen containing that button is closed. Touch events or text typing or any kind of user interaction or the change in the objects are really an asynchronous stream.

To put it simply, in the reactive programming world, consider that everything is a stream. Anything like variables, properties, data structures, etc, are streams just like system generated event streams from the user’s device inputs/ touches.

In Reactive programming, when we discuss streams, it is best conveyed with their representation in marble diagrams. For example, the below diagram itself explains a lot about the flow of a stream or ‘signal’, as some call it.

There are some amazing tools/ apps like RxJS Marbles (they also have iOS & Android apps), where you can learn Reactive programming concepts through an interactive experience by playing around with the marble diagrams. This is very helpful to understand the core concepts easily/ visually.

In the following sections, we will go through the basic concepts of Reactive programming by applying our learnings to a real-world example. We will be building a simple Signup/ Login screen. However, before that, let’s understand the basics of Reactive library for Swift, RxSwift.

There are 2 major Reactive libraries written in/ for Swift: Reactive Cocoa & RxSwift. We will be using RxSwift for our examples since it is the most popular reactive library for Swift.

Let’s look into some of RxSwift APIs/ concepts we would be using in our example.

The block passed in the method will receive all the events emitted by that sequence.

Observable sequences can emit zero or more events over their lifetime. In RxSwift, an Event is just an Enumeration Type with 3 possible states:

When a value or collection of values is added to an observable sequence it will send the next event to its subscribers as seen above. The associated value will contain the actual value from the sequence.

If an Error is encountered, a sequence will emit an error event. This will also terminate the sequence.

If a sequence ends normally it sends a completed event to its subscribers.

So far, we have seen what an Observable Sequence is and how we can subscribe to listen to the events emitted by it. What if we want to unsubscribe or cancel the subscription to the Observables? Let’s check this out in the next section.

‘DisposeBag’ in RxSwift helps you to unsubscribe from the Observable Sequences.

Just assume ‘DisposeBag’ as a garbage collector that cleans up all the unnecessary instances assigned to it in the app after its usage.

Subjects are a different kind of Observable Sequence to which you can subscribe and add elements i.e. modify their content dynamically. There are various kinds of subjects in RxSwift, but we will be using only one type in our example called ‘BehaviourRelay’ (It was named as ‘Variable’ in < RxSwift 5.0).

This is a sample of how ‘BehaviorRelay’ could be utilized:

Let’s walk through each statement and see what it does:

‘bind(to:)’ in RxSwift is a vastly used operator to link the result of a value emitted from one Observable to another.

Sequences can be combined and RxSwift provides a lot of operators out of the box.

Some of the interesting ones are ‘combineLatest’, ‘merge’, ‘zip’, ‘concat’. We will use only ‘combineLatest in our upcoming example, so, let’s look at how it works.

This operator is used to combine/take a set/ collection of Observables and provides us with a block to perform operations on those collections. It produces a single result out of the operations performed on the collections.

This is a simple marble diagram representing the same:

This might feel abstract for now but will soon be clear when we apply it to our example.

For example, the user input event streams from the UI elements are provided to us by extending the RxSwift’s Observables.

What are we building?

Most apps provide a Signup/ Login screen for user authentication. So, let’s try building a minimal version of a Login screen using the RxSwift library.

The requirements of the app are quite simple:

Go ahead and create a project and put up a view controller class, if Xcode template didn’t add it for you by default.

Now, let’s design the login screen (ViewController) in the storyboard as shown below:

We basically have 2 text fields representing email & password inputs from the user. You need to have the IBOutlets to the text fields and button linked to ViewController.swift.

Go ahead to initiate the pod setup for the project and add these libraries as dependencies to the project:

Make sure to install these dependencies by running ‘pod install‘.

Import both these libraries in ‘ViewController.swift’ file:

Go ahead to paste the String extensions in a new file or the same ViewController.swift file:

‘isValidEmail()’: Verifies if the given string is a valid email address using the predicates

‘isValidPassword()’: Verifies if the given string is a valid password. Let’s keep our password requirements simple where we want the user to enter at least 6 characters.

Let’s create a view model struct named ‘LoginViewModel’, which will hold the data: email & password entered by the user and will perform any kind of validation on top of them. You can place this struct either in a new file or in the same ‘ViewController.swift’ file:

Let’s go through each of the statements:

Now, let’s allocate the ViewModel object for using it across the classes.

Put these lines of code inside the ViewController class:

We are about to write the core part of the functionality.

Move to your viewDidLoad and add these lines:

So, here we are accessing the ‘emailTextField’ which is an outlet from our storyboard, using the dot operator:

‘rx’: We access the RxSwift ‘rx’ property that gives us the extension object of the text field

‘text’: We access ‘text’ on top of ‘rx’, which gives us the Reactive property of the text

‘orEmpty’: We need to call this since it converts the optional reactive ‘String?’ property to ‘String’, basically unwrapping it

‘bind(to:)’: As we saw earlier, passing any object to this method binds it to the property, so here we bind the emailTextField’s text property to the viewModel’s ‘email’ observable.

‘disposed’: Finally, we attach the disposeBag object for cleaning it up.

This single line of code does most of the magic here. It binds up the emailTextField’s text property to the viewModel’s ‘email’ observable so that any changes in the text field are simply emitted to this Observable.

Do the same for the ‘passwordTextField’, by pasting the line below line:

We are now done with input validation. Let’s now work to make sure that the ‘loginButton’ is enabled only if the input is valid. To do that, let’s add the line of code shown below:

‘map’: From our Functional Programming blog <<link to blog>>, we used ‘map’ to transform objects from one type to another. Here, we use it on viewModel’s ‘isValid’ Boolean Observable to transform it into a boolean. Basically, ’map’ transforms Observable to Bool type, which is then bound to the loginButton’s ‘isEnabled’ property which is then responsible for enabling or disabling the button.

In the above piece of code, we have linked the boolean value from viewModel’s ‘isValid’ property with the button’s ‘isEnabled’ property which makes the button enabled or disabled based on user input.

In order to verify if the button is tappable, try adding an IBAction and display an alert when the user taps on the login button so that you know if the button was enabled. Remember, the alert shouldn’t get displayed when the text field has wrong inputs entered into it.

We have covered all the three requirements we specified for the app, however, it’s not a wrap yet.

In the above example, we used the most widely used pattern, View Model design pattern. If you would have noticed carefully, viewModel’s ‘isValid’ property merely acts as a bridge between the view model and controller. If we can remove this property and combine both the text field’s observables, it should remove the need for view model altogether.

The above implementation could be replaced with just 3 lines of codes described below without using the View Model pattern:

Let’s look into each of the statements:

And we are done! You can access the code for the entire project on github.

As a next step, Ray’s book on Reactive Programming serves as a good starting point to learn and apply RxSwift. This github gist is a compilation of available iOS specific FRP resources. 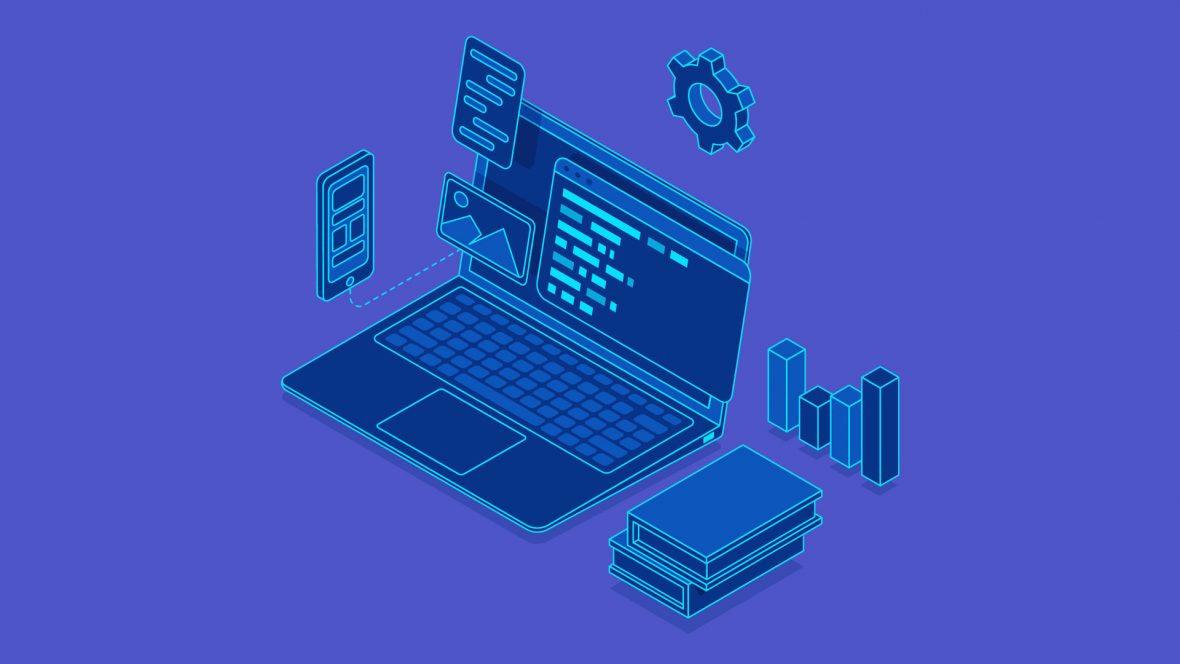 How to find & hire the best contract designer for your startup? 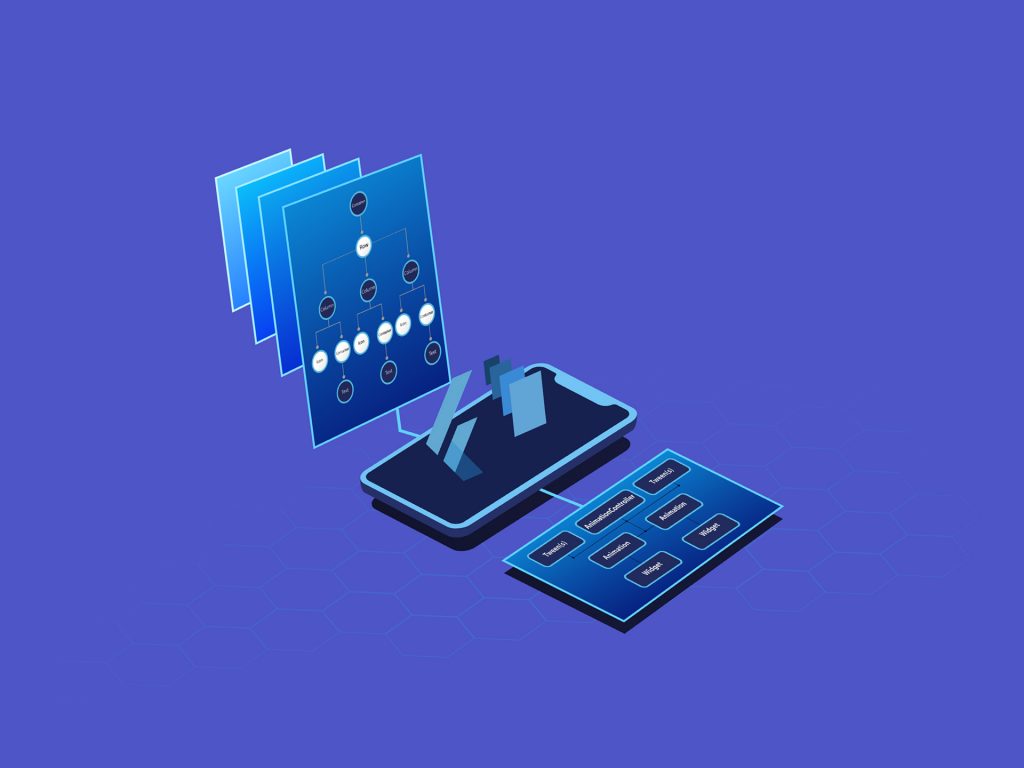